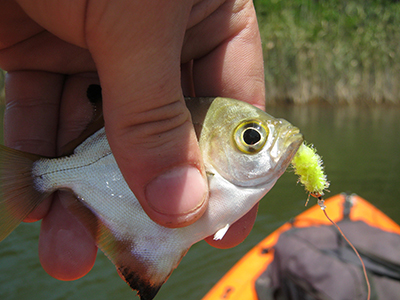 In South Africa we have 2 species of Moony, and both Moonies can be targeted successfully on fly. The more common species is the Cape Moony, also known as the Oval Moony and then the KwaZulu Natal and warmer water variation, the Natal Moony, also called the Round Moony. Both of these Moonies (Sometimes called Kitefish) occur in complete freshwater and the most saline of blind rivers. Moonies mainly feed on crustaceans during the night or in low light conditions.

Moonies are really fun fish to catch on fly, as they are really aggressive and will even hit small poppers. They are shoaling fish and can grow up to 30cm’s in length. Fish The Fly has caught a few above 30cm’s however. Both Moonies have similar habits and the same techniques can be applied to catch them both on fly.

The Moony is a beautiful, oddly shaped fish that is quite aggressive and gregarious. Fish The Fly has been targeting Moonies on fly for a while now and have had a lot of success recently, and we believe we have figured the Moony out in such a way that you will know if there are any present in the area you are fly fishing. Moonies prefer structure, whether it be in rivers, estuaries or inshore. Rocky ledges, overhanging trees, bridges, rocky gullies and weedy areas with deeper water are the best spots to start your fly fishing quest for the 2 Moony species on fly.

I suggest, when targeting Moonies, to fish as light as possible with your setup, but not too light in case a Garrick or Mullet picks up your fly. A 4 weight fly rod and reel seems to be the perfect outfit. You can go with any line type here, floating, intermediate or sinking. The Moonies will take a fly deep down, or on top of the water. From our experience Moonies seem to favour white flies with a bit of flash on them. Most of our success has been on the White Fritz, Gully Fly and Chartreuse Salty Bugger. We have tried different colours and imitations but this is the go to colour and fly for the 2 Moony species. The smaller the fly, the better, a size 12 or size 14 saltwater fly is perfect for catching these beautiful fish. Small crazy charlies and Clouser minnows in white or orange also get a lot of interest from the Moony. Generally, Moonies favour a short fast retrieve, but can also be prone to take on a short and very slow retrieve. Short strips seem to work better for the Moonies than longer ones. When handling any Moony you catch, please wet your hands and be careful of their sharp fin points. 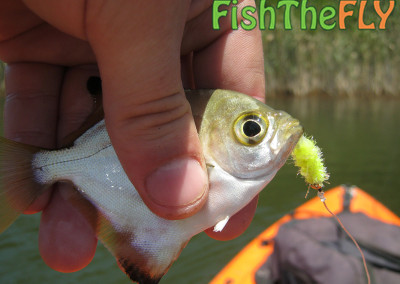 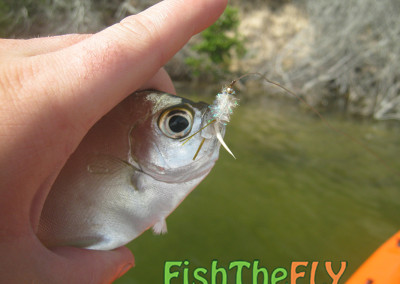 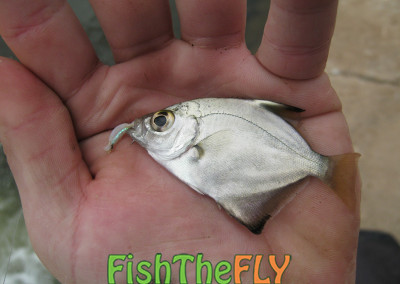 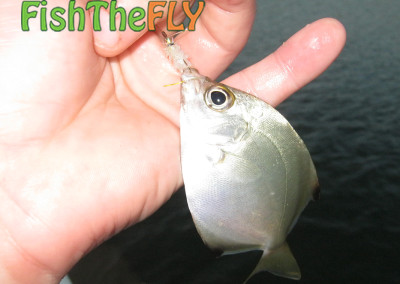 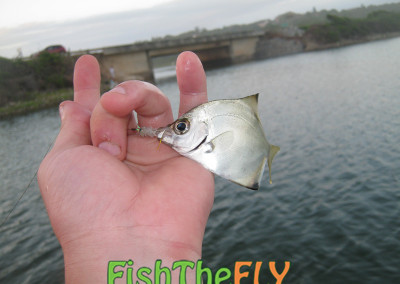 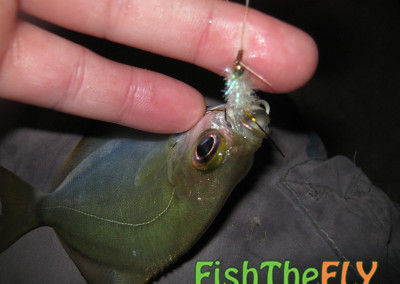