Fish the Fly has been offline for a while. The life of a professional worker, fly fisherman, and the lack of time to update a website is a bit tough, however, we have been updating the Fish The Fly Facebook page. But no excuses here! This year has been an amazing fly fishing year!

Where Have We Been?

The Fish The Fly team has had some amazing saltwater and freshwater success. We have basically been traveling the Country. Our fly fishing adventures have taken us to Gauteng (Where we are based), the Free State, Mpumalanga, Drakensberg and KwaZulu Natal. I will discuss our stories below. It has been a fascinating year!

We have been to various parts of the Vaal River in the Gauteng province. We have fly fished quite a few venues with great results! It is quite tough to find consistent waters in the province, but fortunately enough we have Emhlangeni Trout & Archery. We have had a lot of fun here this year. It is not easy fishing, but it has been rewarding. We have 2 more videos in the pipeline from Emhlangeni coming up soon, keep an eye out on our fly fishing videos page. 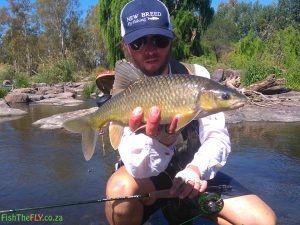 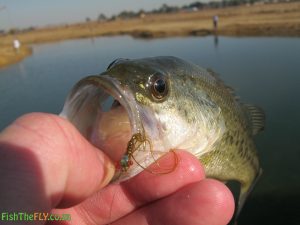 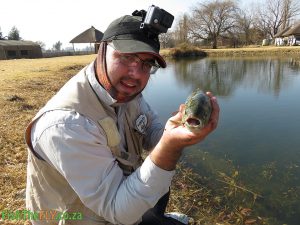 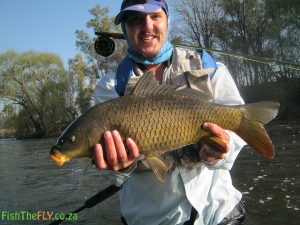 Jay With A 4kg

Let’s start off by just about Bloemhof Dam. The guys have been there a lot in the last 9 months or so. They mainly hunt Barbel and Carp at Bloemhof. Some amazing fish have been caught, mainly Grass Carp, Common Carp and Barbel were caught, and Gavin got a monster of 17 kilograms! Almost his PB, and on fly!

The guys did a recent day trip to the Vaal River (Location disclosed for obvious reasons), where Sean got a Largemouth Yellowfish! It was his first “Largie”, and was a very respectable size. He caught it while slapping for Barbel on a B.B.B. 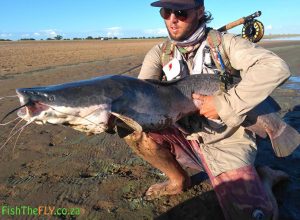 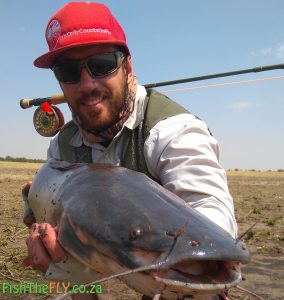 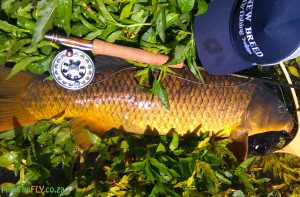 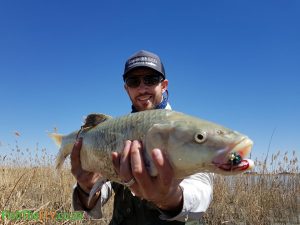 Largie On A BBB

Our only trip to Mpumalanga this year was to Millstream. We go there once a year, and this year the fishing was not easy at all. Very tough indeed. The highlight of my trip was catching my first Brown Trout at Millstream ever (After nearly 20 years of fly fishing there), this was also the second Brown Trout I have caught in my life. We managed some average sized fish, nothing special. The Rainbow Trout were caught on a variety of flies, but we fished emergers and nymphs successfully as well as dry flies a lot of the time. 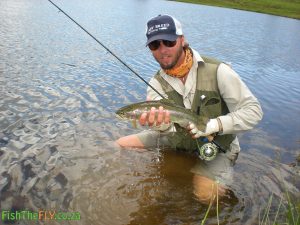 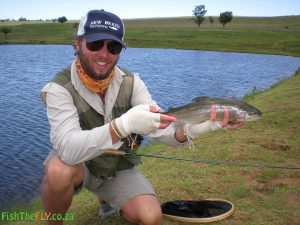 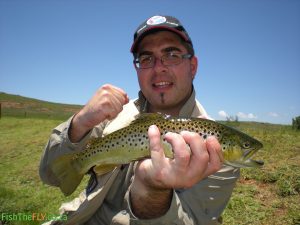 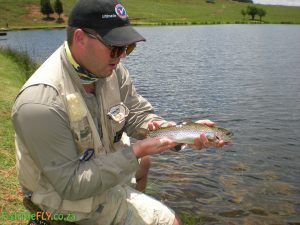 Gavin was fortunate to make 3 trips to the Drakensberg. He went to the wild Mooi River, Hastings Farm and then to the annual Bell’s fly fishing festival. He went with Sean to Hastings where they caught a lot of nice fish, once again check out our video page to see what happened. The Mooi River was a beautiful experience for him, catching wild Brown Trout. 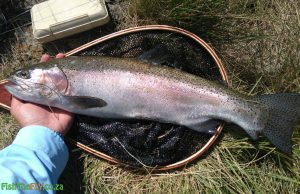 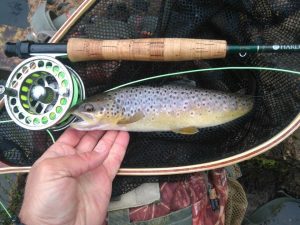 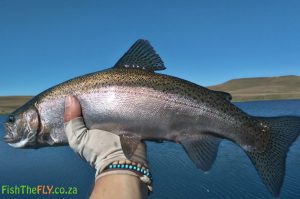 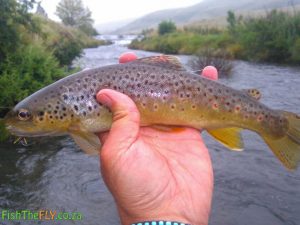 We visited St. Lucia and Cape Vidal where we caught a variety of saltwater fish species. We have a video of this. We couldn’t take many photographs as we were wading or standing on the rocks most of the time. The saltwater fish we did catch on fly include the following: 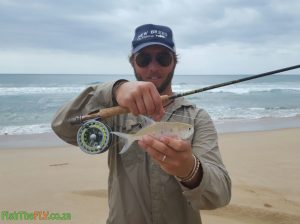 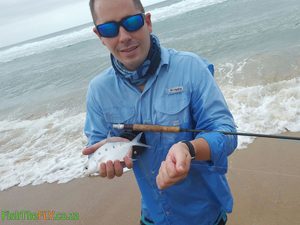