How To Target Spotted Bass On Fly? 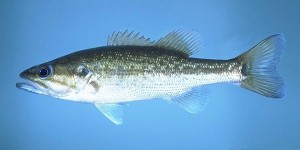 Not a lot is known about the residency of the Spotted Bass in South African waters. We believe this is due to the fact that this species is difficult to tell apart from both the Largemouth Bass and the Smallmouth Bass. The Spotted Bass are in our waters, and have been since 1939, when they were introduced from North America. This freshwater fish species is an invasive fish, and can be found in a variety of rivers, streams and dams in the Western Cape, Eastern Cape, KwaZulu Natal, Gauteng and Mpumalanga. They seem to not have been as successful in colonising the waters they live in as the 2 species mentioned above, but they can provide great sport, and they really like a fly.

How To Tell The Difference Between The Bass Species?

More Information On The Spotted Bass

Spotted Bass in South Africa can be extremely aggressive, and that means there are huge fly fishing opportunities for this fish. They do prefer slower moving rivers and dams – more turbid waters – and they often hang around the edges of bodies of water. They really like rocky areas, and if you are in an area you know Spotted Bass occur in, your best bet would be to look for prominent rocky structure. It is also known as the Spotted Black Bass and has the scientific name of Micropterus punctulatus. They do not fight as well as other Bass species but can be a great fish to target because of how aggressive they are.

Spotted Bass feed on crustaceans, amphibians, fish, insects and anything they can find really. Which makes them a survivor species, thats for sure. 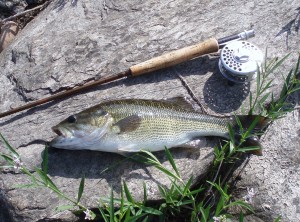 Fly Fishing For The Spotted Bass

The Spotted Bass can be caught on a 5 or 6 weight fly setup with either floating line, intermediate line or sinking line. If they are there, you can bet your fly will entice them to bite. Because they do not grow as big as their 2 cousins, you can go quite light when fishing for them. However, they do like areas with structure. So make sure you take that into mind. You can go down to a 5lb tippet if you want, but we generally would use 10lb.