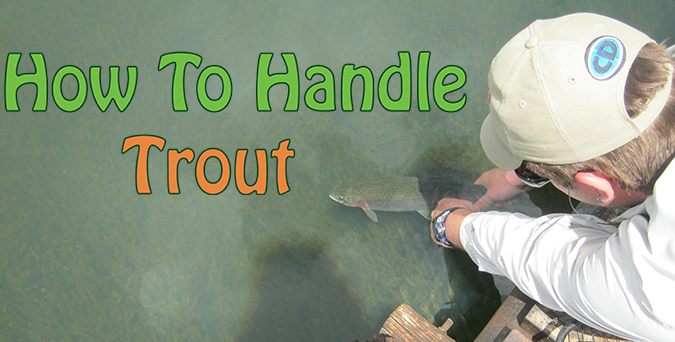 …& Safely Release Trout In South Africa So They Survive! 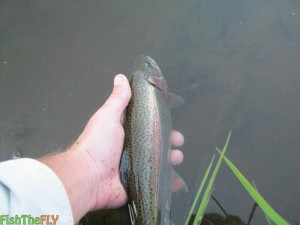 People often ask questions about how to handle trout correctly, so they can release them with the goal in mind of their survival. Trout are well know for not doing very well after a fight on fly tackle. The larger Trout in South Africa are especially difficult to release… A lot of anglers who practice the art of Fly Fishing prefer to release their prized Trout, especially the larger species. However not many anglers know how to release these Trout properly, although they have an idea. This page will show you and tell you exactly how to handle and safely revive and release South African Trout.

First of all it is important to fight the fish properly on fly tackle, read more here. Once the fight is over then the difficult part starts. 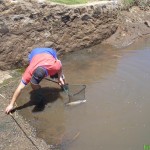 When you are getting ready to land a Trout it is important to have a net if you are planning on releasing the fish. Guide the trout into the open net while it is in the water, rather than scooping it up or trying to net it, this minimises any damage to the fish and also minimises the chance of the leader snapping or the Trout shaking the fly. 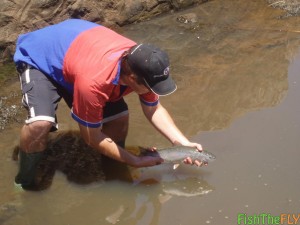 Once the Trout is in the net, wet your hands thoroughly and try not to touch the fish. I, however, like to get a photo of the fish so I wet my hands and hold it gently underneath, supporting its wait but not squeezing it to hard, just hard enough to ensure the fish does not jump out of my hands. I normally will hold the fish a few centimeters above the water in case it does slip out. Remove the hook, not by force, but by pulling the hook out the exact direction it went in. Barbless hooks are a lot easier to remove and more Trout friendly. 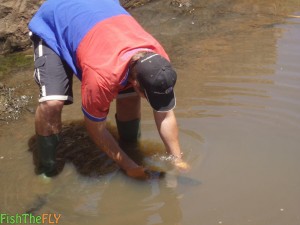 There is a lot of confusion about this, but many people revive Trout in the wrong way, by pulling it back and forth through the water, yes this does supply oxygen to the gills but will often drown the fish as the water goes into the gills, so it might swim off strongly but the chances are that it might ‘drown’ a bit later on. The best way to revive a Trout is to place it in the water and gently rub both your fingers down the side of the fish over its gills. This gets the gills moving and allows the fish to get oxygen, they swim off strongly after this. Make sure the Trout pushes its way out of your hands, often they move off slowly and then end up upside down. 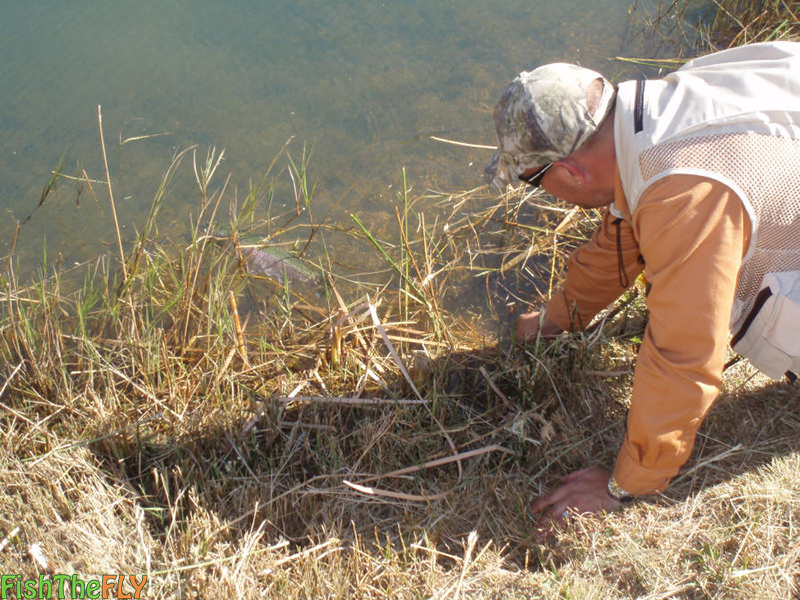